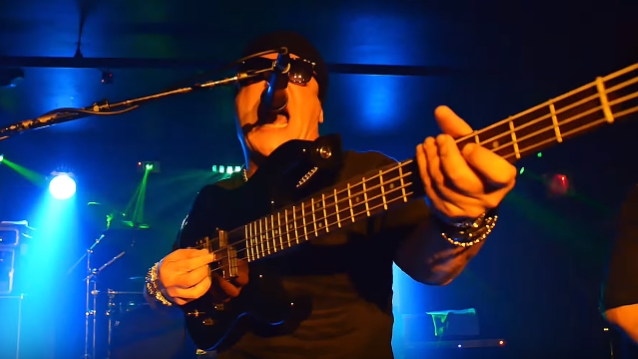 RATT bassist Juan Croucier has told NorthJersey.com that he is working on material for what will be his "next solo record." When asked what brings out lyrics when he is writing, he answered: "Making a statement that may change how you look at something."

He referenced his song, and one of the bands greatest hits, "Lack Of Communication", saying that it is still relevant today. "Coming up with a clever hook or catchy phrase is very rewarding," he said.

"This band is not — number one — a cover band," Juan told Chaotic Riffs about his solo group. "I'm playing songs that I either wrote or co-wrote the majority of. And I'm just singing my songs, and I'm doing my thing. And no, it's not RATT. I would never even pretend it to be RATT, because it's simply not, okay? That's reality. I'm not RATT. There is no single person in the band RATT who's by themselves RATT, okay? That's the bottom line."

RATT's new lineup made its live debut on July 7 in Mulvane, Kansas.