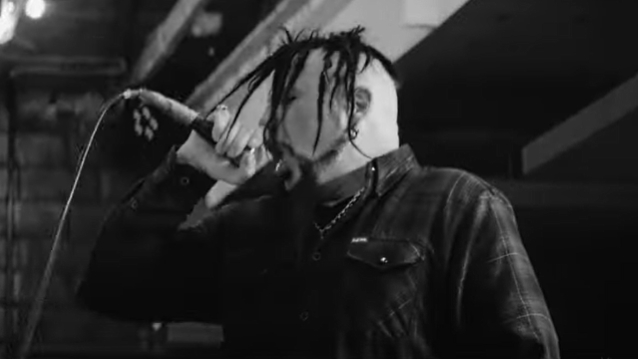 This past April, it was announced that MUDVAYNE will reunite after a 12-year hiatus, and will perform at all four Danny Wimmer Presents U.S. festivals in 2021: Inkcarceration Music & Tattoo Festival (a headlining performance) in Ohio, Louder Than Life in Kentucky, Aftershock in California and Welcome To Rockville in Florida. These dates mark the band's first shows since 2009 and their only dates this year.

Earlier today (Monday, May 26), MUDVAYNE shared the first video footage from the rehearsal sessions for the upcoming gigs. Check it out below.

It's been more than a decade since MUDVAYNE released its self-titled fifth album and little had been heard about the group during that time.

Gray has spent the past 15 years fronting HELLYEAH, which released its sixth studio album, "Welcome Home", in September 2019 via Eleven Seven Music. The disc marked the group's final effort with drummer Vinnie Paul Abbott, who passed away nearly three years ago.

In 2018, Tribbett said that fans who are calling for a MUDVAYNE reunion "just need a little more patience." He explained: "We're all flattered that everybody still wants MUDVAYNE to tour and do a new record and come out and do all that stuff. The thing is is that everybody is in three different bands and kind of doing their own projects, and there's no time for that right now."

Tribbett's most focus was AUDIOTOPSY, which released its second full-length album, "The Real Now", in November 2018 via Megaforce Records. He is joined in that band by MUDVAYNE drummer Matt McDonough, SKRAPE vocalist Billy Keeton and bassist Perry Stern.

Asked in Revolver magazine if Greg's exit from HELLYEAH hit him especially hard, seeing as the two of them started off playing together in MUDVAYNE, Chad said: "Yeah, man. He has always been my right-hand man. He's been the back I look at when I'm writing songs and the sounding board for my ideas. When everything went sideways, it was like losing a great friend. I was filled with fear and I had mixed emotions. At first, I was, like, 'Goddamn, I don't know if I'm ever gonna be able to do this without him.'"