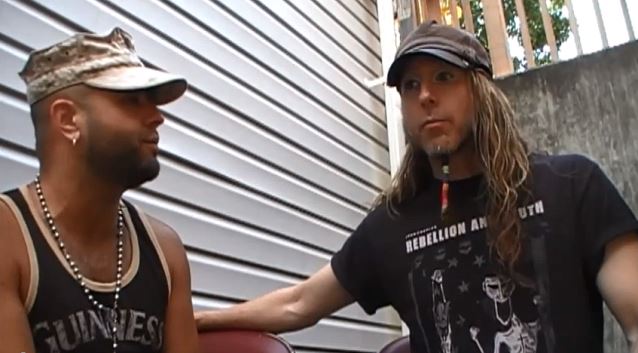 Rob Zombie's fifth album, "Venomous Rat Regeneration Vendor", sold 34,000 copies in the United States in its first week of release to land at position No. 7 on The Billboard 200 chart. The record arrived in stores on April 23 via Zodiac Swan/T-Boy/Ume. The CD was produced by Bob Marlette, who has previously worked with everyone from BLACK SABBATH and ALICE COOPER to WILSON PHILLIPS and LYNYRD SKYNYRD.

Zombie told Artist Direct in an interview that "Venomous Rat Regeneration Vendor" could one day make it to the big screen as a Zombie-directed film. The rocker and filmmaker explained, "I think it could. I made it with that in mind. At least in my mind — no one else knows this — I wanted to have a storyline that runs through the record so if someday I wanted to make it into a movie musical like THE WHO's 'Tommy' or 'Quadrophenia', there was a structure to follow. I'm not really talking about what it is because I think it's sort of relevant at this point."