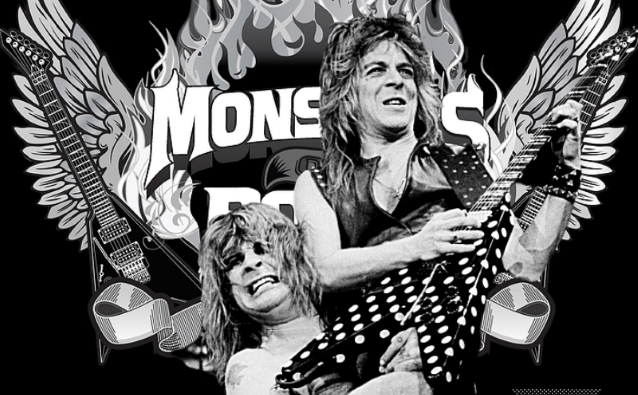 Monsters Of Rock, the gold standard of hard rock for over 40 years, is celebrating legendary guitarist Randy Rhoads this weekend in what would have been his 64th birthday. The first show airs today (Friday, December 4) at 2 p.m. PST.

Rudy Sarzo, host of "Six Degrees Of Sarzo" on Monsters Of Rock Radio, said: "Randy Rhoads was my mentor and bandmate in both QUIET RIOT and OZZY OSBOURNE. Being able to play a couple hours of his music while talking with his siblings on his birthday is mind-blowing."

Sarzo's extended, in-depth conversation with Kathy and Kelle Rhoads (Randy's sister and brother, respectively) is one for the ages. It gives you a real understanding of the greatness that was taken from us back in 1982. The shows cover everything from the early QUIET RIOT years, getting the Ozzy gig, the "Blizzard Of Ozz" tour, teaching guitar at Musonia, Randy's early beginnings, war stories from the road and finally the tragic death of one of heavy metal's most beloved guitarists.

"We are so excited to bring this very special episode to the fans. Randy's musical compositions and guitar mastery are a constant source of inspiration to generations of musicians," said Sarzo. "It's a blessing to celebrate and share my unforgettable memories of Randy along with his siblings Kathy and Kelle Rhoads with you."

The shows will air on the Dash Radio Network at the following times:

Rhoads and two others were killed on March 19, 1982 when the small plane they were flying in at Flying Baron Estates in Leesburg, Florida struck Ozzy's tour bus, then crashed into a mansion. Rhoads was 25 years old.

Randy's mother Delores Rhoads died in November 2015 at the age of 95.