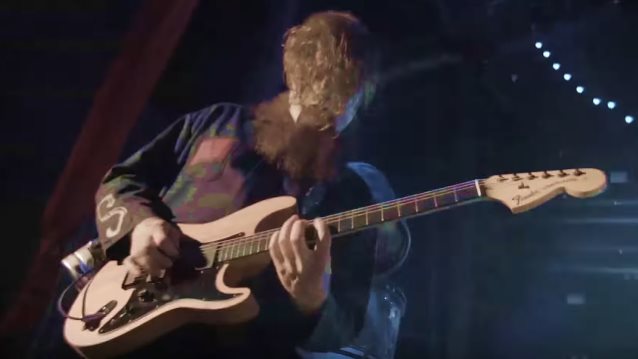 On August 19, 2015, SLIPKNOT invited fans to film the band from their point of view at the Red Rocks show in Morrison, Colorado. The footage has been compiled and is currently being edited for a series of clips, including for the song "Killpop", which can be seen below.

SLIPKNOT percussionist Shawn "Clown" Crahan recently confirmed to Metal Insider that he and guitarist Jim Root will get together in early February to begin writing new music, but will not book any studio time just yet to start recording the follow-up to 2014's ".5: The Gray Chapter". That disc ended a six-year drought between SLIPKNOT albums during which founding bassist Paul Gray passed away in 2010 and drummer Joey Jordison was dismissed in 2013.

With SLIPKNOT closing out the touring cycle for ".5: The Gray Chapter", singer Corey Taylor has just regrouped with his other band, STONE SOUR, to record a new set, "Hydrograd", for a mid-2017 release.

Crahan, meanwhile, is pursuing a career as a feature film director. His first effort, "Officer Downe", arrived in theaters and on-demand platforms in November.