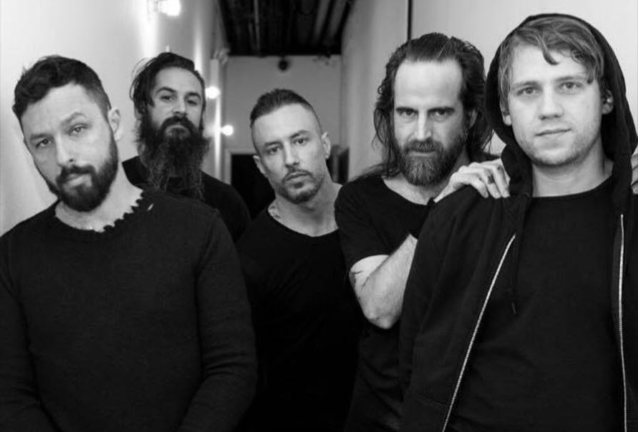 New Jersey noisemakers THE DILLINGER ESCAPE PLAN released their sixth and final album "Dissociation" on October 14, 2016. To celebrate the fifth anniversary of the album, the band has released enhanced artwork NFTs in collaboration with artist Oleg Rooz.

The visual for "Limerent Death" is now available at this location. Additional visuals will be available shortly.

There will be 12 visuals in total — one for all 11 songs on the album, while "Surrogate" has two versions.

The NFTs are either brand new, never-before-released, or reimagined animated visuals from the album campaign. 10 are remakes, while there are two brand new versions for "Surrogate" and "Dissociation".

Each NFT is one of a kind.

In 2016, THE DILLINGER ESCAPE PLAN guitarist Ben Weinman told Clrvynt about the band's decision to call it quits: "We need to close the book; We need to take control of this and make a controlled dramatic ending to this story. That's the only way to do it right, So I talked to the guys — and I first talked to Greg [Puciato, vocals] about it and like most people, he was kind of confused, like, 'Why would we do that right now? Everything is going so well.' And I said that's exactly why we should do it now — because there needs to be tension. And everything in DILLINGER just always been chaotic, and seemingly random."

He added: "It's [DILLINGER's chaotic sound] always been intentional; almost every note we've ever made has been on purpose. So I just felt that it's very important for us to intentionally close the book in a way that every great piece of art does."