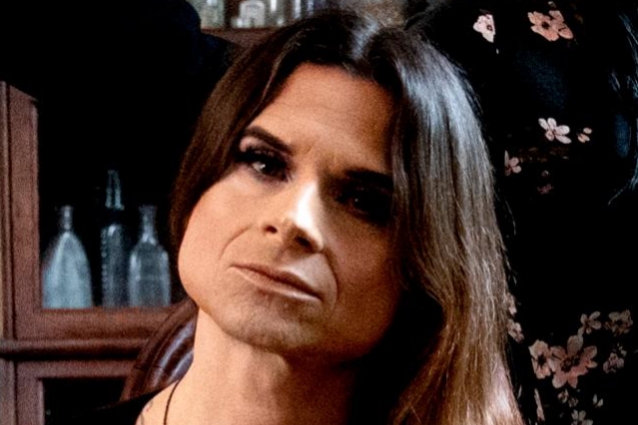 The official video for the song "Animal Eyes" from THE NEPTUNE DARLINGS, the collaboration between Mina Caputo (LIFE OF AGONY) and Ryan Oldcastle, can be seen below.

Mina told Revolver magazine about THE NEPTUNE DARLINGS: "It's a complete honor to work with Ryan, both in my solo band and here. He's a complete visionary: incredible artist, songwriter, guitar player.

"This is a special project, because it's just the two of us. We're free to detach, and get our heads inside this eclectic, exotic anti-music exploring the desolation of rock and roll."

THE NEPTUNE DARLINGS' second record in seven years, "Principium Sequentia" is described by Mina as "a true departure from the first: It gives off weird, strange, fucked-up, but a stellar night-drive record. A true psychedelic's delight."