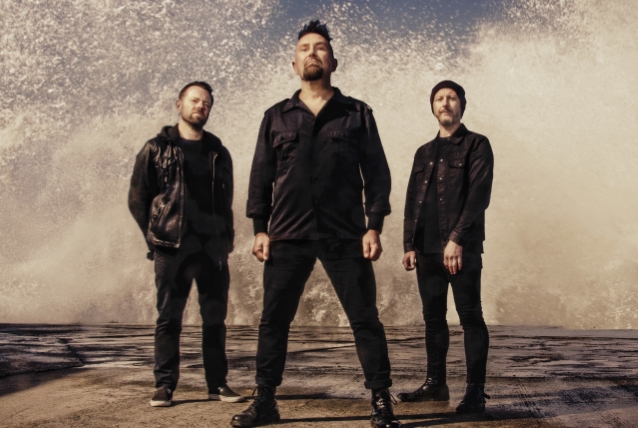 The official music video for the song "Kakistocracy" from Northern Ireland rockers THERAPY? can be seen below. The song is taken from the band's 15th studio album, "Cleave", which was released in September via Marshall Records.

THERAPY? vocalist and guitarist Andy Cairns says: "Michael [McKeegan, bass] actually sent me this riff. It was mid-paced, with a heavy groove, a bit like HELMET.

"We've had a song idea kicking around for a while based around the line, 'It's okay not to be okay' and when we got this riff it was such a great head-nodder that it reminded us of something like 'Unbeliever' from 'Troublegum', with that same kind of chunky riff."

He adds: "Lyrically, it's about division again — the division between the haves and the have-nots. There's an awful lot of anger and frustration out there right now, and you look at this wealthy country and how it treats people, and so this song is kinda saying, 'You've got a right to be pissed off.'

"People in our country don't kick off against injustice enough."

Roughly themed around notions of duality and division, the band's follow-up to 2015's acclaimed "Disquiet" — and their first recording for Marshall — is a sharply focused, fiercely intelligent, impassioned and empowering set of songs from a band operating at a creative and artistic peak. A scathing, incisive state-of-the-nation address, investigating the schisms in contemporary society and the motivations of those seeking to propagate disjuncture, it's a powerful, challenging, uncompromising collection from a band never afraid to confront and dissect humanity's darkest impulses.

From the thrillingly propulsive assault of "Wreck It Like Beckett" via the addictive "Callow" and the unsettling "I Stand Alone" to the disquieting, bleakly beautiful "No Sunshine", the ten tracks which make up "Cleave" coalesce to paint a portrait of a fractured, dislocated world rent by unprincipled, mendacious masters.

Cairns is justifiably proud of the unified drive and restless creativity evident in this powerful, questing collection and says this about the opus: "I know that we can be a difficult sell, because we have no particular niche and no desire to conform, but THERAPY? have always been the kind of band that when people discover us, they immerse themselves deep and keep us close to their hearts. We've never been part of a trend, so we've never been cast aside when fashions changed.

The result is one of the most formidable, provocative and impactful albums of THERAPY?'s storied 30-year career, once again proving that the band's pre-eminence as one of the U.K.'s most inventive, fearless and individualistic musical artists. 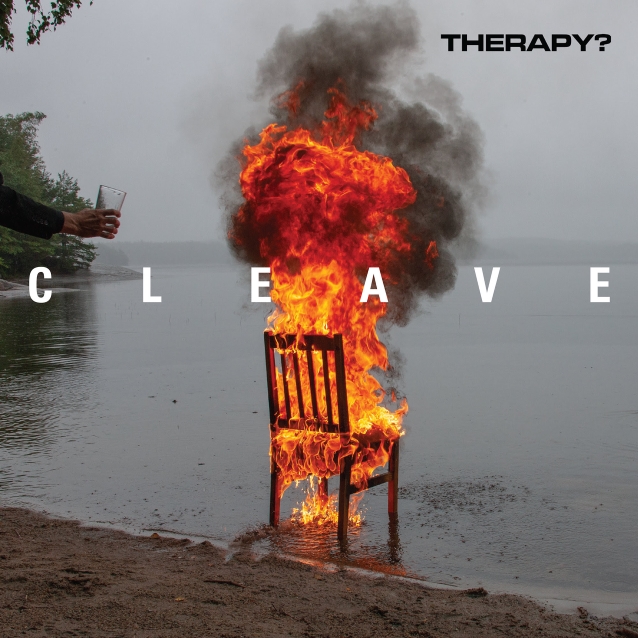