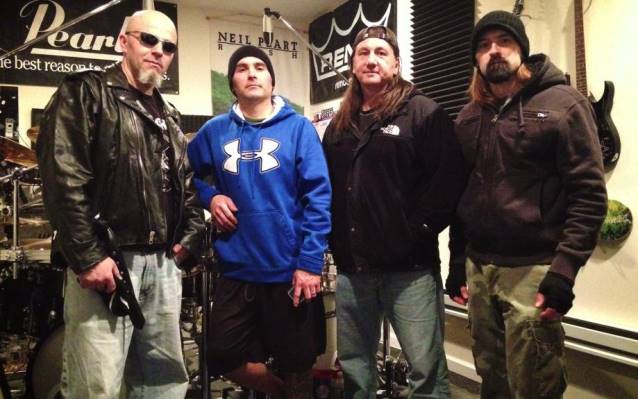 Resurrected cult classic progressive thrashers TOXIK are mixing their long-awaited comeback album "In Humanity". According to a press release, this CD "will encompass everything TOXIK is known for, as well as some surprises."

The band is currently rehearsing for its first U.S. shows in over 20 years, as well as for the Keep it True festival and subsequent European tour that will start later this month.

TOXIK left the Hudson Valley region and toured the United States and the world, playing shows with the likes of PANTERA, SEPULTURA, EXODUS, KING DIAMOND and others in their quest for metal ascendancy before their premature implosion in 1992.

TOXIK released a DVD, "Think Again", in August 2010. The set contained both vintage and brand new never-before-seen footage. The main feature was a 1989 headlining set from the Paramount Theater in TOXIK's hometown of Peekskill, New York. This performance came shortly after the release of "World Circus" and the energy level of the band wa truly at its peak for TOXIK's first headlining show. The DVD contains all the tracks from "World Circus" and an early version of "Spontaneous" that later appeared on "Think This". 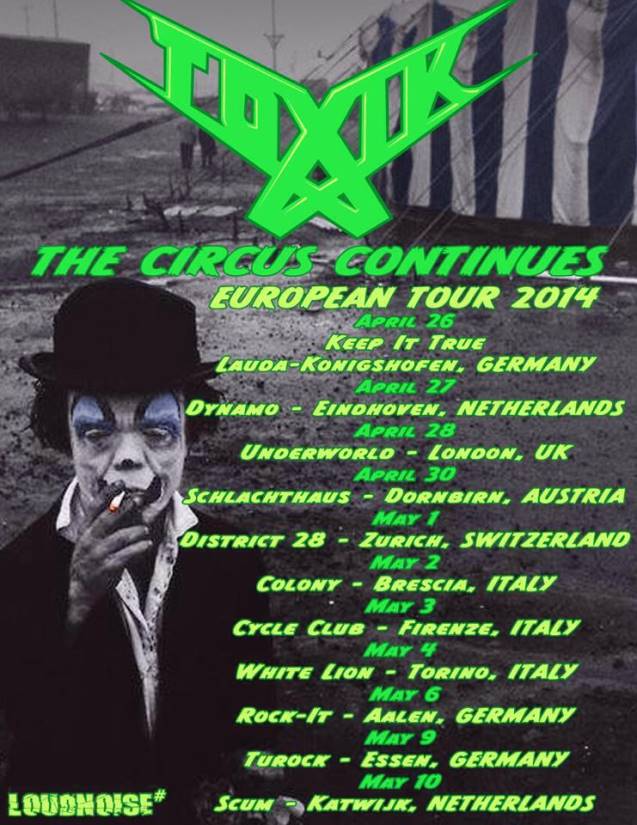