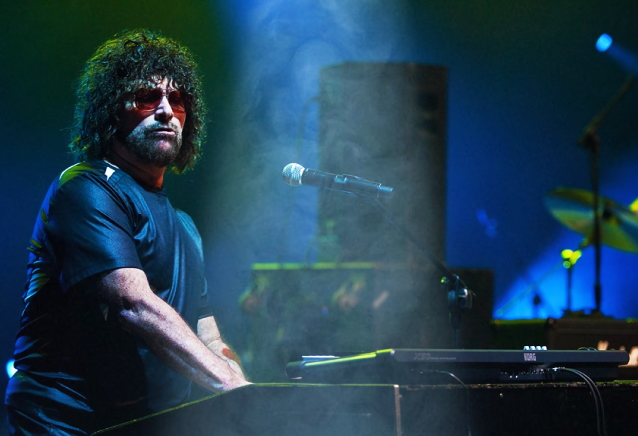 Sidelined by the COVID-19 pandemic and unable to perform live with popular rock band VANILLA FUDGE, lead vocalist and keyboardist Mark Stein decided to put his down time to good use. He wanted to write and record songs about what was going on in America and the rest of the world. He saw social unrest, racial disparity, political division, violence, widespread sickness, and an entire world on the brink of an economic disaster due to the spread of a disease like no other. Yet, at the same time, Stein saw a great opportunity.

As Mark states: "I knew we, as a country, had been here before. The great world wars; the civil rights movement of the 1960s; the natural disasters such as Katrina and Sandy; and, of course, 9/11. In every case, we rose together as one nation; one united force and came back stronger than we had been before. Within each person I believe there is a light; a hope; and a desire to do the right thing. My song 'We Are One' speaks of this unity and what I know our country and the world is capable of."

Due on November 26 via Deko Entertainment, "There's A Light", Mark's first-ever solo album, is a thematic collection of ten songs which weave a remarkable story of what America was, has become, and may or may not face in its future.

Mark continues: "This is an album about hope, but at the same time, I had to sing about the dangers of division. As John Lennon once sang, it is time to 'come together'.

"I have had some of these songs in the can but didn't really have the right outlet for them. When I started the newest collection of songs during the early weeks of the pandemic, it dawned on me that I had created an album with a theme. These songs are reflections of what the world is about now, and what we need to do to bring us together again."

Aside from the aforementioned "We Are One", Stein has written and recorded songs whose titles pretty much sum up what they are about. Including "We Are Survivors", "Lyin'", "Let's Pray For Peace", along with powerful new versions of THE RASCALS' "People Gotta Be Free" and THE TEMPTATIONS' "Ball Of Confusion". "I love those two songs," says Stein whose own band were playing the same venues as THE RASCALS and THE TEMPTATIONS during the 1960s. "These songs are just as relevant today as they were over 50 years ago. As I often do with the FUDGE, I gave both of these songs my own interpretation, providing as much punch and power as I could to each one."

Stein closes "There's A Light" with an astonishing version of "America The Beautiful", sung with a careful balance of patriotism and concern for the future.

"America is the greatest country in the world," says Stein. "Everyone around the world knows this, but we are heading into some very deep and choppy waters. We have to keep it together and unite or we could lose everything we have spent nearly 250 years building."

Deko Entertainment president Bruce Pucciarello states on releasing Mark's first-ever solo record: "It's an amazing selection of music, almost a lifetime's worth of emotion and wisdom, and Mark bares his soul in every song with grace and a timelessness that only a true legend can deliver. Honestly, this takes me backward and forward at the same time. You will all love it!"

Stein first came to prominence in VANILLA FUDGE, formed with Carmine Appice, Tim Bogert and Vince Martell. Sold-out world tours, hit albums and singles and a reputation as a group steeped in cutting-edge musicianship has allowed VANILLA FUDGE to be one of the most influential acts to rise from the revolutionary 1960s. In addition to his many years within VANILLA FUDGE, Stein has also worked extensively with such rock legends as Alice Cooper, Dave Mason and the late guitarist Tommy Bolin. He has also made guest appearances with DEEP PURPLE, Carl Palmer, Steve Miller and once recorded and sang with Michael Jackson. 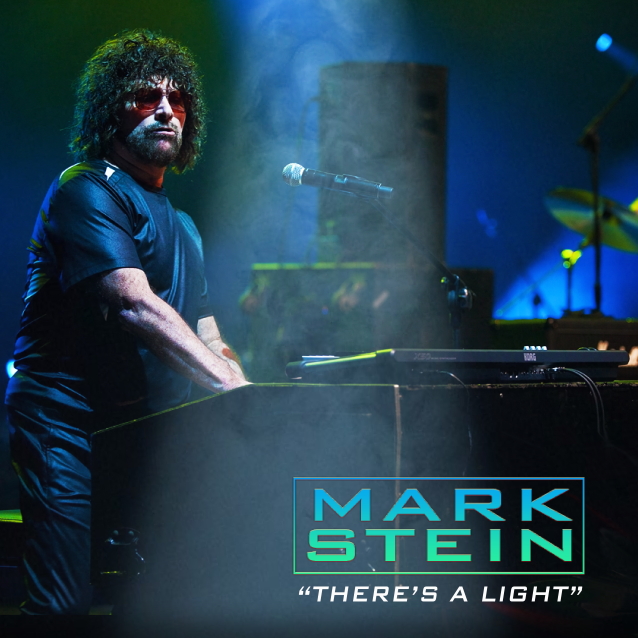