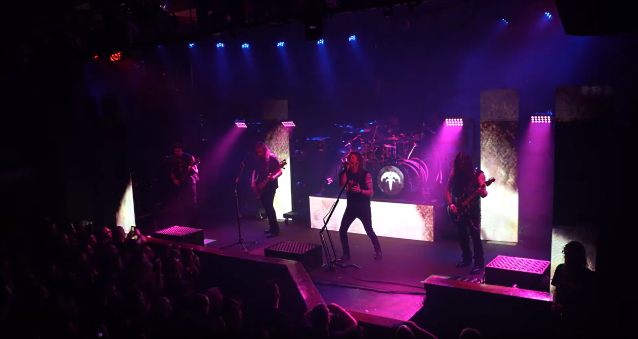 QUEENSRŸCHE kicked off the 2020 leg of its "The Verdict" headline tour last Friday night (January 17) at Culture Room in Fort Lauderdale, Florida. Video footage of the concert can be seen below (courtesy of Sonic Perspectives).

QUEENSRŸCHE's current tour will end on February 27 with a show in Orlando, Florida. After playing a couple of dates in May, the group will support the SCORPIONS on the German hard rock legends' Las Vegas residency in July.

For the past three years, drummer Scott Rockenfield has been taking time off from QUEENSRŸCHE's touring activities to spend time with his young son, who was born in early 2017. Filling in for him is former KAMELOT drummer Casey Grillo.

La Torre, who has played drums since the age of 13, laid down the drum tracks on "The Verdict".