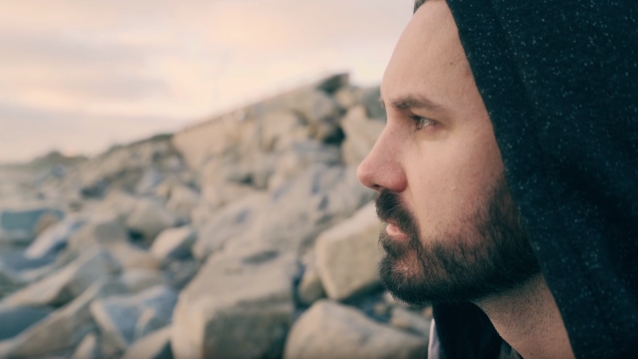 HeartSupport has released a 15-minute documentary about AS I LAY DYING's comeback after the band's lead vocalist, Tim Lambesis, served two years in prison for soliciting the murder of his wife.

HeartSupport — founded by Jake Luhrs, who is the lead vocalist in AUGUST BURNS RED — explained its decision to tell AS I LAY DYING's story in a short message posted on the online nonprofit's web site.

The message reads: "In novels and movies, we love a redemption story. We love stories where our heroes fail, only to grow stronger. In real life, however, we find this concept difficult. In our digital era, we can champion shame and judgement, yet at our core, all people wanted to be loved and ask that we believe they can change.

"At HeartSupport, when an individual fails, struggles with addiction, gives into hate, relapses, but eventually chooses to change, we call this Post Traumatic Growth. There's a distinct line in the sand between those who say they want to change, and those actively doing something about it. In AS I LAY DYING's story, we see a group of men embracing change, standing against their past, and making waves towards growth while helping others. Their progress is at the core of what HeartSupport represents. We continue to believe all people can become more — and to that end — we stand beside men and women who decide to do so."

AS I LAY DYING also commented on the video's release, writing on social media: "In the spirit of Mental Health Awareness month, a time committed to raising awareness and resources for people struggling with all forms of mental illness, we've partnered with HeartSupport to share a video detailing more of the personal side of our experiences through the years. We wanted to share this part of our story exclusively through an outlet that exists to provide emotional support for anyone dealing with inner turmoil. Whether it's with addiction, suicidal thoughts, depression, or abuse, we believe in the community they've created to connect with those who are in need of recovery or healing.

"Through this video, our goal is to share our experiences so that others going through troubled times know there is help around even when feeling desperate and alone. Healing can be a long and indefinite journey. It is one we are continuously proactive in walking towards personally and together. Our past has shown us there are devastating consequences in leaving emotional and mental turmoil unaddressed. Our hope is to highlight the importance of actively seeking help, directing traffic towards a resource for doing so, and encouraging anyone who knows they need it to take the first step."

The documentary, titled "Misery Evolving", can be seen in its entirety below.

In May 2014, Lambesis was sentenced to six years in jail after pleading guilty to paying a San Diego police officer posing as a hitman $1,000 to kill his wife. Approximately two and a half years later — in December 2016 — he was discharged from a California detention facility and was transferred to the Division of Adult Parole Operations.

In June 2018, AS I LAY DYING played its first show with Lambesis in five years and released a new single, "My Own Grave". Lambesis also owned up to his crimes in a long apology on the band's Facebook page after his release.

November saw AS I LAY DYING complete its first U.S. tour in five years and the band followed it up with a European run of shows. Another single, "Redefined", arrived in April.

The return of AS I LAY DYING raised some questions, particularly since guitarist Nick Hipa categorically denounced the band's disgraced frontman as a "sociopathic narcissist in definite need of rehabilitation" in a social-media post back in 2014.