"I'm honored to partner with Ernie Ball and work with up-and-coming rock and roll musicians, and I'm keen to see what comes from it," said Slash.

Available exclusively at Guitar Center, over 1,000 prizes will be available in all Slinkys, Coated Slinkys, Classic Pure Nickel and 7 String Sets.

The promotion runs from February 1 - April 30, 2010, and will coincide with the worldwide release of Slash's new solo album. 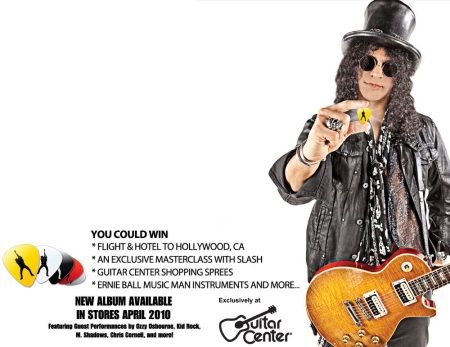 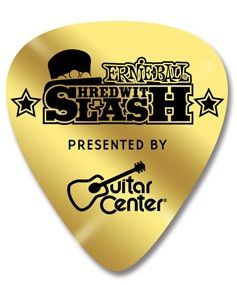